I have a pretty basic cityGML file that contains a couple hundred cylindrical volumes but when I inspect the converted tileset result it looks like this. I did not turn on clamp to terrain and all the cityGML objects are of type GenericCityObject which isn’t a supported clamped type. I have a bunch of cityGML that gets generated through the same process and it seems I only get this behavior with circular geometries if that helps any. 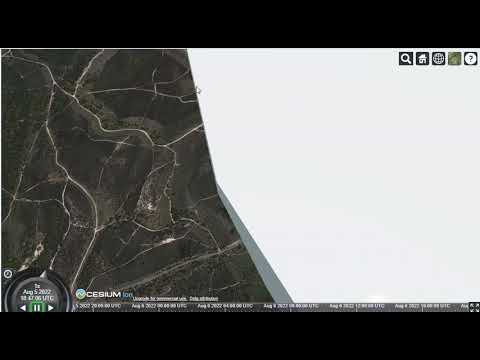 You can download the source data here to test out

The CityGML pipeline on Cesium ion requires the features to indicate that they are placed on the ground. For example, with GenericCityObjects, they can be used to represent anything and its not possible to detect if something is meant to be on the ground.

Right now, the pipeline detects the following features in an object to be placed on the ground: