Primarily based on the Open Geospatial Consortium’s Sensor Web Enablement standards, OpenSensorHub was released in 2014 as an open source, open-standards-based platform for bringing together nearly any sensor system as a location-enabled, geographically aware, web-accessible service. Since then, OSH has come to support a wider array of devices, including things (as in the Internet of Things) and robots. They use CesiumJS as their default viewer because of its time-dynamic object visualization over high-resolution 3D terrain data. #cesiumjs #showcase 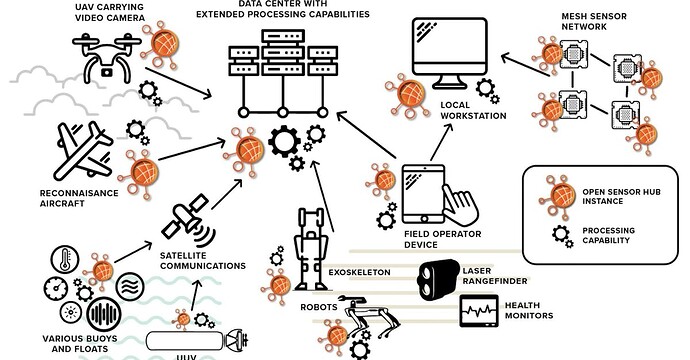