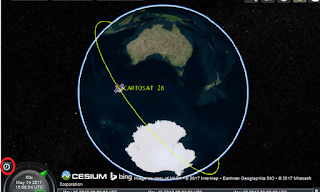 i want to get some guidance

i am streaming the czml file in the cesium viewer which is the orbit of a satellite,
the czml data is set to “multiplier”: 60, ie 60 its velocity, which can be set to 1 to stream it at its original speed but still to view the satellite on the current time
the little clock has to be clicked on the bottom left corner of the cesium viewer gadget,
now i was trying to figure out a way to do this all automatically without clicking on the little clock gadget but directly using some cesium method in my code to do that,
my code is as follows;

For more options and detail, checkout our documentation of the clock class: http://cesiumjs.org/Cesium/Build/Documentation/Clock.html?classFilter=clock