Intersection and overlapping of polygon

Is there any code who fix intersection issue and overlapping of polygon? 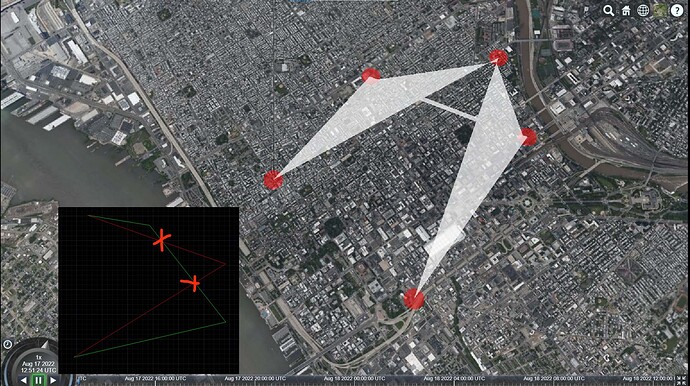 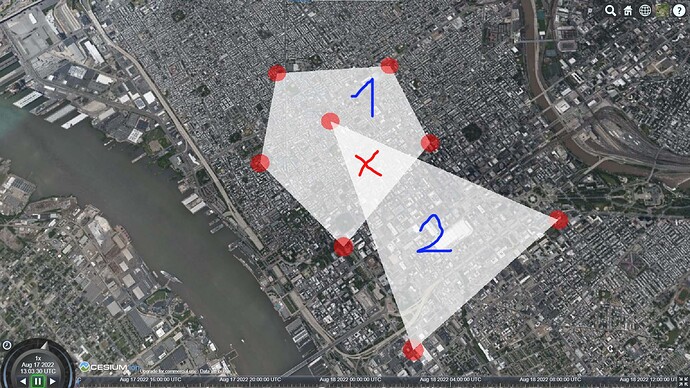 To quote from a related answer:

I think that there is no “built-in” functionality for that (to be confirmed by the CesiumJS core team). The reason for that may be that it raises a few question about the desired interaction and details of the behavior …

On top of the question about interaction, this is not entirely trivial on a technical level.

In 2D, polygon intersections are relatively simple, at least when you ignore performance and the inevietable difficulties that come with the limited floating point precision. For example, when you have a line from (0,0) to (3,1), then the point at (1,0.33333) should probably be considered to be on this line, but in mathematics and in reality, it isn’t…

But here, we don’t have a 2D editor. All this is happening in 3D, and the points that you are placing are on the surface of earth. So when you have a “unit square” with points like

Maybe someone has a good idea for a simple solution here, but I think that (even more than in the previous thread), there are some caveats that depend on subtle details of the implementation, the expected behavior, and the intended interaction patterns.

EDIT: You might consider to actually switch the viewer into 2D mode with viewer.scene.mode = Cesium.SceneMode.SCENE2D, and this might simplify things here. But I haven’t used that extensively, and could not provide specific guidelines here.

@marco13 Thank you so much for your valuable reply.