Hi, I just want to ask and discuss the performance issue that I had with the new release 1.53. It seems the FPS after loading 3dtiles drops significantly than version 1.52. Here’s the screenshots I’ve taken from two versions, which load the same 3dtile model (the code example) and set to the same viewing angle. As you can see, the FPS of both are quite different. Any ideas about this performance issue? Thanks for any advices or discussions! 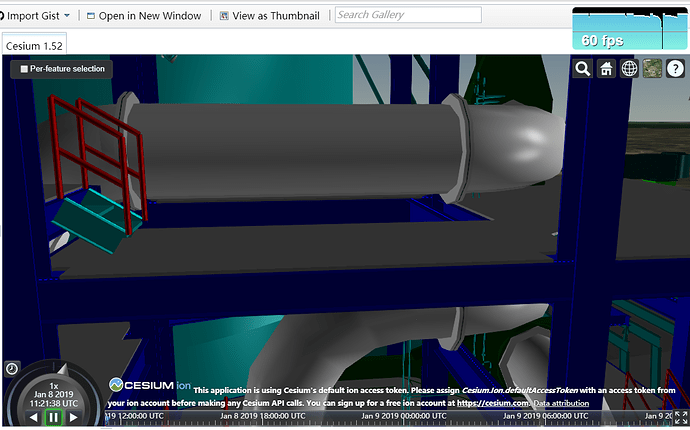 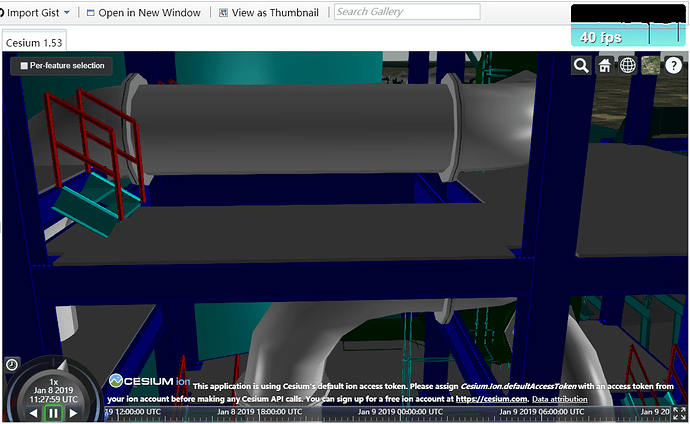 Thanks for bringing this up! I’m not sure what might be the cause of this (I thought it might be HDR but I think that is enabled in both 1.52 and 1.53). I opened a GitHub issue for it here with 2 comparison links:

Feel free to chime in there, and we’ll see if others have an idea what the cause might be. What browser/OS were you testing on?

Thank you for bringing this issue up. I was using Chrome brower version 71.0.3578.98 on Windows 10 when I found this problem.

The image based lighting(HDR) was introduced. Could that be a source of the issue? The demo below shows that HDR being new in 1.53.

Yeah I suspected that too Scott, but that’s just because the Sandcastle example wasn’t released until 1.53. Turning off HDR in the side by side comparison I set up in the GitHub issue above doesn’t seem to resolve it.

Sean mentioned it might have something to do with some updates that were made to the tileset travesal code.

This performance regression was fixed in https://github.com/AnalyticalGraphicsInc/cesium/pull/7482 and will ship with 1.54.