Hey, we want to drape our WMS layer over our 3DTileset, but the map background generated by the wms has some kind of priority, drawing over the tileset making it flat at the base. We essentially want to remove the map background generated by the wms, and simply write the wms info spots over the tileset, to keep the 3d look. I have set. depthTestAgaintTerrain= true on globe. 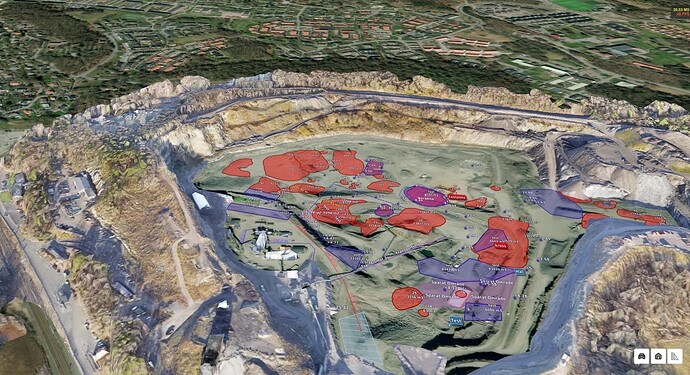 How can we do this? thanks.

If you want to drape the image as-is, you’ll want to watch Drape imagery over 3D Tiles · Issue #7591 · CesiumGS/cesium · GitHub for progress.

If you want to strip out the layer’s background and use the individual shapes, you’ll likely need other tools in addition to CesiumJS. As far as I’m aware WMS is raster imagery, so it will be difficult to parse the shapes out and you will lose some precision. If there is an original data source, such as a shp file, I would suggestion starting there. There are a variety of free and open source tools, such as QGIS, that you can use to modify the data to remove the unwanted areas. Then, I would suggest converting to GeoJSON to import the shapes into CesiumJS.