I am on Ubuntu 20.04 and have built UE4 4.27.2. I downloaded the latest release tagged Cesium for Unreal v1.14.0 (Unreal Engine 4) and placed it inside ~/UnrealEngine-4.27/Engine/Plugins/Marketplace directory. When I try to run cesium sample app project I get this error.

The following modules are missing or built with a different engine version:
CesiumRuntime
CesiumEditor

Sorry, I think I led you astray before. Our plugin packages on the Releases page do not include Editor support for Linux. They will enable you to package a game for Linux when running the Editor on Windows (i.e: cross-compile), but they don’t have the binaries necessary to run the Editor itself on Linux.

Unreal Engine’s support for running the Editor on Linux is kind of spotty. As you know, you have to compile the Unreal Engine yourself from source. Epic does not provide binaries. This makes it tricky to achieve ABI compatibility with plugins, because C++ binaries are very sensitive to details of the compilation environment where the binaries were built. Until Epic provides builds for the Editor on Linux, it’s not realistic for us to provide builds of Cesium for Unreal, either.

So, long story short, you need to compile Cesium for Unreal if you want to run it in the Editor on Linux. The most up-to-date instructions are here:

This file has been truncated. show original

Follow the link to the Linux-specific instructions. Despite the branch name (ue5-main), these instructions should work well with UE 4.27.

Let me know how you go!

Thanks a lot @Kevin_Ring for the response. I followed the exact steps from cesium-unreal/developer-setup-linux.md at ue5-main · CesiumGS/cesium-unreal · GitHub and compilation went all fine. But now I get the error attached in image.

@Kevin_Ring These are the warning logs on the console

Just to confirm, you packaged the plugin as described in the instructions, and then copied the resulting package to Plugins/Marketplace, right? As opposed to building the plugin in that directory to begin with.

I’m really not sure what might cause the error you’re seeing, but here are some things to try:

From your log, it looks like the root cause might be that the SunPosition plugin’s .so file is missing or can’t be loaded. So it might be worth looking at whether it somehow failed to compile, or if it’s missing some runtime dependency.

Hi @Kevin_Ring Very sorry for the late response. Struck with a personal issue.

Yes I followed the exact instructions.

I’m sorry, but I really don’t know. The error message is pretty clear that a dlopen is failing, so you’ll need to dig into why that is happening on your system using the usual tools for debugging shared library load failures on Linux. I’m not an expert at this by any means, but there are lots of resources on the web. For example this article walks through the first few steps: 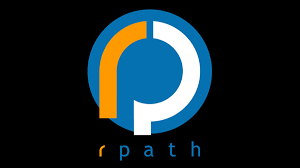 This post describes how to debug some library dependency issues on a Linux machine. I built a nightly version of Julia (a language for technical computing that we’re pretty excited about here), on Linux, deployed it to a different machine, but then...

Is there possibility to download plugin from marketplace and then make changes to that?

@Dovydas if you’re on Windows your problem is likely different from the one discussed above, which is on Linux. A message about CesiumRuntime and CesiumEditor being missing is normal before you’ve compiled them. After you generate project files, you can open the generated .sln file in Visual Studio and build it, then run from within Visual Studio. Or, you should be just say “Yes” to let Unreal build the plugin for you automatically. The only problem with the latter is that if something goes wrong it may be hard to get access to the error messages in order to diagnose the problem.