How do you make the area created by Cesium Cartographic Polygon translucent like glass?

I want to make the red area translucent like glass 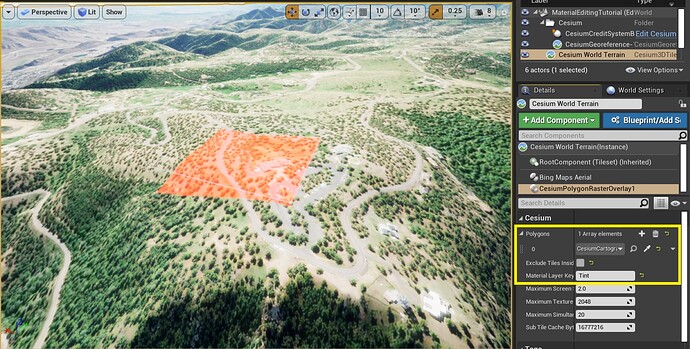 How to make the area created by Cesium Cartographic Polygon semi-lucid?

Improved support for translucent materials was added in the September release of the plugin. You should be able to create a translucent material as described in the Unreal Engine documentation, then apply it to the tileset.
You’ll need to modify the base material shown in the tutorial you linked to support translucency. Then, in the Material Layer Blend step of the tutorial, you’ll want to connect the blend logic to the Opacity, rather than the Base Color, of the final result.

Let me know if you have any other questions.
-Alex