,
I started building VR apps with Cesium and Unreal Engine. After preparing the world for both VR and Cesium, I added Cesium World Terrain + Bing Maps aerial imagery but stumped upon a problem. Some parts of the terrain where I want to build my application are not realistic. For example, 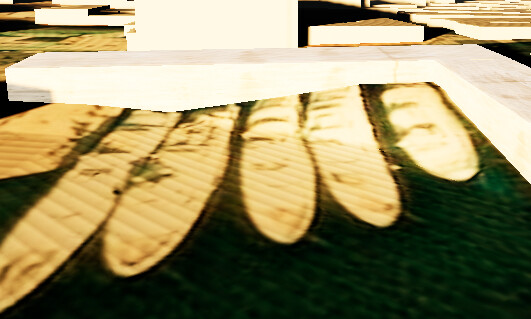 where this should be flat and it is not, and it is affecting my app. Is there a way for me to fix terrain or some other thing to do so I can have more realistic terrain generation? I know there is a way with photogrammetry, but I do not have the resources or tools to generate that.
This is a big problem because of the large buildings I want to put over the Cesium World Terrain, and in some cases, half of the building is floating in the air.

Thanks ahead for the response
Deni

Hi Deni, thanks for reaching out.

The most accurate way to fix this would be to create additional terrain layers using better height data. However, as you mentioned that can be somewhat complicated.

Alternatively, you can flatten the appearance of terrain using a material effect and a Cartographic Polygon. Here’s an example of what that approach may look like: 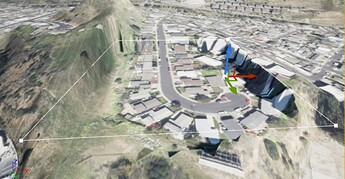 Essentially, you’ll need to create a new Material Layer Blend and a new Material Instance to apply to your tileset, then mark out the areas in your level that you’d like to flatten with Cartographic Polygons.

You can read a detailed writeup of this process and further discussion in this forum thread.

Let me know if you have any further questions!
-Alex