I’m having several issues to visualize the data i have in the Unreal Engine. My company has the 30-days-trial and we are using it following the instructions in the pdfs and some information you have in the Cesium forum.

Right now we are using a local server with the tiled files: DEM(as GTIFF) and GTIFF Aerial images. we used imagery-tiler -f <layer-type> -i <input1.tif> <input2.tif> -o <output-directory> for the Aerial images and terrain-tiler -i <input1.tif> <input2.tif> -o <output.terraindb> for the DEM. We had it processed as a ‘tilemapresource.xml’. We tried with this and we are able to visualize it as code in the web browser but not as 3D, I think for that we need a layer.json (for terrain), or a tileset.json (for aerial images). Same in the Unreal Engine: is connected but cannot visualize nothing.
I tried doing a terraindb too, it didn’t worked.

We tried to connect it to the sandcastle, to test if we can visualize it, but we couldn’t. 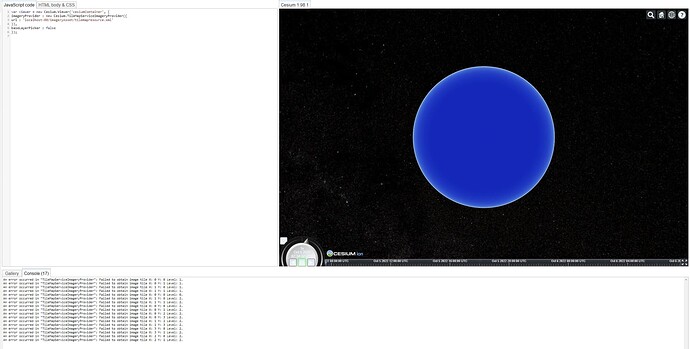 Following the documentation seems like with .terraindb we would be able to visualize the data of the DEM in the web browser and unreal engine but it doesn’t and the imagery tiler and terrain tiler don’t generate the .json files.
What we are missing? How can we generate the .json files? Is there a step-by-step pipeline or something like it without using the imagery or terrain tiler?
As I said, we did the different steps of the pdf in the license and Cesium website and looked in the Cesium forum without an answer.

Our goal is visualize everything in the Unreal Engine.